The Top 20 Movies of the 1980s 20. Ghostbusters (1984): Ray Parker Junior has been long forgotten, but his song is included every Halloween CD ever made…and I still hate old libraries. 19. Dirty Dancing (1987): Every summer vacation ended the same way…no Johnny. 18. The Goonies (1985): Chester Copperpot had us dreaming of finding riches and pirate ships while ...

END_OF_DOCUMENT_TOKEN_TO_BE_REPLACED

Miss Pettigrew Lives for a Day Fashion victim Pettigrew becomes the social secretary to a crazy actress who actually infuses the listless old maid’s life with some much-needed glam. [Rated PG-13] Hannah Montana/Miley Cyrus: Best of Both Worlds Concert Tour Miley Cyrus is truly, truly, truly outrageous as Hannah Montana in her new concert movie that is rumored to already ...

END_OF_DOCUMENT_TOKEN_TO_BE_REPLACED

Rambo: In this latest Rambo installment, John Rambo (Sylvester Stallone) has retreated to a simple life in a rural Thai village near the Burmese border, capturing snakes for local entertainers, and transporting roamers in his old PT boat. Following repeated pleas, Rambo helps ferry a group of Christian aid workers into war-torn Burma, where the local Karen villagers are regularly ...

END_OF_DOCUMENT_TOKEN_TO_BE_REPLACED

The Chronicles of Narnia: Prince Caspian: Prince Caspian finds the Pevensie siblings pulled back into the land of Narnia, where a thousand years have passed since they left. The children are once again enlisted to join the colorful creatures of Narnia in combating an evil villain who prevents the rightful Prince from ruling the land. Be sure to check out ...

END_OF_DOCUMENT_TOKEN_TO_BE_REPLACED

Screenings Added to LCD Soundsystem Film: ‘Shut Up and Play the Hits’

May 26, 2017 Comments Off on Screenings Added to LCD Soundsystem Film: ‘Shut Up and Play the Hits’

END_OF_DOCUMENT_TOKEN_TO_BE_REPLACED

Sydney Pollack, renowned filmmaker who created such pieces as Out of Africa, Tootsie, and starred in films like Michael Clayton, lost his battle with cancer this week. He was 73 years old. Spokeswoman Leslee Dart said Pollack was diagnosed with cancer about 10 months ago, but doctors were never able to determine the primary source of the disease. You can ...

END_OF_DOCUMENT_TOKEN_TO_BE_REPLACED

Journey to the Center of the Earth 3D: Before he takes on more mummies later this month, Brendan Fraser must first survive a trip through the prehistoric world in the Earth’s core. [Rated PG] Death Defying Acts: Guy Pearce slips on Harry Houdini’s straightjacket in a drama about the famous magician’s affair with a psychic. [Not Rated] Elite Squad: Two ... 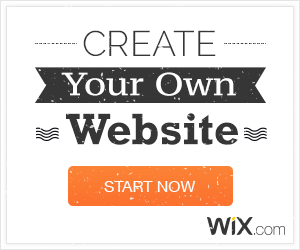